For years African leaders have toyed with the idea of free movement by citizens across the continent, even raising the possibility of a single African passport.

Now some African countries are taking bold steps to encourage borderless travel that could spur trade and economic growth on a continent in desperate need of both.

Kenyan President Uhuru Kenyatta announced during his inauguration last week that the East African commercial hub will now give visas on arrival to all Africans. That follows similar measures by nations including Benin and Rwanda. 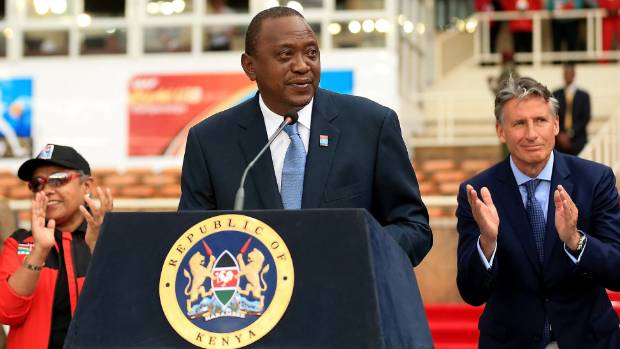 Kenyan President Uhuru Kenyatta says that the East African commercial hub will now give visas on arrival to all Africans.

“The freer we are to travel and live with one another, the more integrated and appreciative of our diversity we will become,” Kenyatta said.

The African Union continental body has cheered such steps, calling it the direction the 54-nation continent needs to take. “I urge all African states that have not yet done so to take similar measures,” AU Commission chairman Moussa Faki Mahamat said on Twitter after Kenya’s announcement.

Trade among African countries is at just 16 per cent, while trade among European Union states is at 70 per cent, Mahamat told AU trade ministers on Friday.

For a continent whose leaders often speak fondly of “African brotherhood” and once pondered the idea of a United States of Africa, the visa policies of many countries for many years suggested little progress in implementing the continent-wide, visa-free ideal advocated by the AU.

Africans can get a visa on arrival in 24 per cent of African countries, yet North Americans, for example, have easier access on the continent, according to a 2017 report on visa openness by the African Development Bank. African Union figures show Africans need visas to travel to 54 per cent of the continent.

Free migration of people across the continent would help in talent exchange as well as trade, said Ali Abdi, the Uganda chief of mission at the International Organization for Migration. Countries may have to invest more in border patrols but “the benefits far outweigh the costs, in my view”.

Kenya’s decision is a “good move and it’s progressive”, said Godber Tumushabe with the Uganda-based Lakes Institute for Strategic Studies. “It should have been done a long time ago.”

Change is coming, and not just in East Africa. While visiting Rwanda last year, Benin’s President Patrice Talon said his West African country would no longer require visas for other Africans. He said he was inspired by Rwanda, whose government started issuing visas on arrival to Africans in 2013 and recently announced that in 2018 citizens of all countries will benefit from the policy.

“We are happy that other African countries are opening their borders up for Africans to increase foreign investments,” said Olivier Nduhungirehe, a deputy foreign minister in Rwanda in charge of regional integration. Opening borders will spur economic prosperity for the entire continent, he said.

Some African countries are going visa-free by region first. Weeks ago, the Central African Economic and Monetary Community removed visa requirements for citizens of its six members.

Many African countries rely heavily on tourism for foreign currency. Kenya’s new visa policy was welcomed in a country where the threat by Islamic extremists based in neighbouring Somalia has deterred some international travellers.

Offering visas on arrival to all Africans could attract the continent’s small but growing middle class.

“Visa-free travel for Africans into Kenya is a great move by the president and a strategic one for the tourism industry,” said Bobby Kamani, who runs the popular Diani Reef Beach Resort and Spa in the second-largest city, Mombasa. “The president’s bold move couldn’t have come at a better time when the tourism sector has experienced uncertainty and is now on recovery mode.”

Conflict and sharp income disparities in many countries are among other factors slowing the adoption of visa-free policies. Even the African Union passport, launched in July 2016 and given to some heads of state, is yet to be offered to citizens.

Some North African countries, notably Libya, struggle with a flow of impoverished African migrants trying to make their way to Europe. South Africa, one of the continent’s top economies, has seen a sometimes violent backlash against African immigrants amid fears about crime and the taking of jobs. Nigeria, Africa’s most populous country and another of its strongest economies, maintains visa requirements before arrival for many nations across the continent.

Is a new wind blowing across #Africa? After #Kenya's President @UKenyatta directed his immigration department to give Visa on Arrival to Africans have South Africa and Angola scrapped Visa requirements for their citizens! When will the last walls fall? #Nigeria we are waiting!

Still, many are hopeful for a borderless Africa and urge those regional leaders to follow Kenya’s lead.

“Is a new wind blowing across (hash)Africa?” Wolfgang Thome, a tourism consultant who once led the Uganda Tourism Association, tweeted. “When will the last walls fall? (hash)Nigeria we are waiting!”